Meet The Black Transgender Activist Behind The Stonewall Uprising 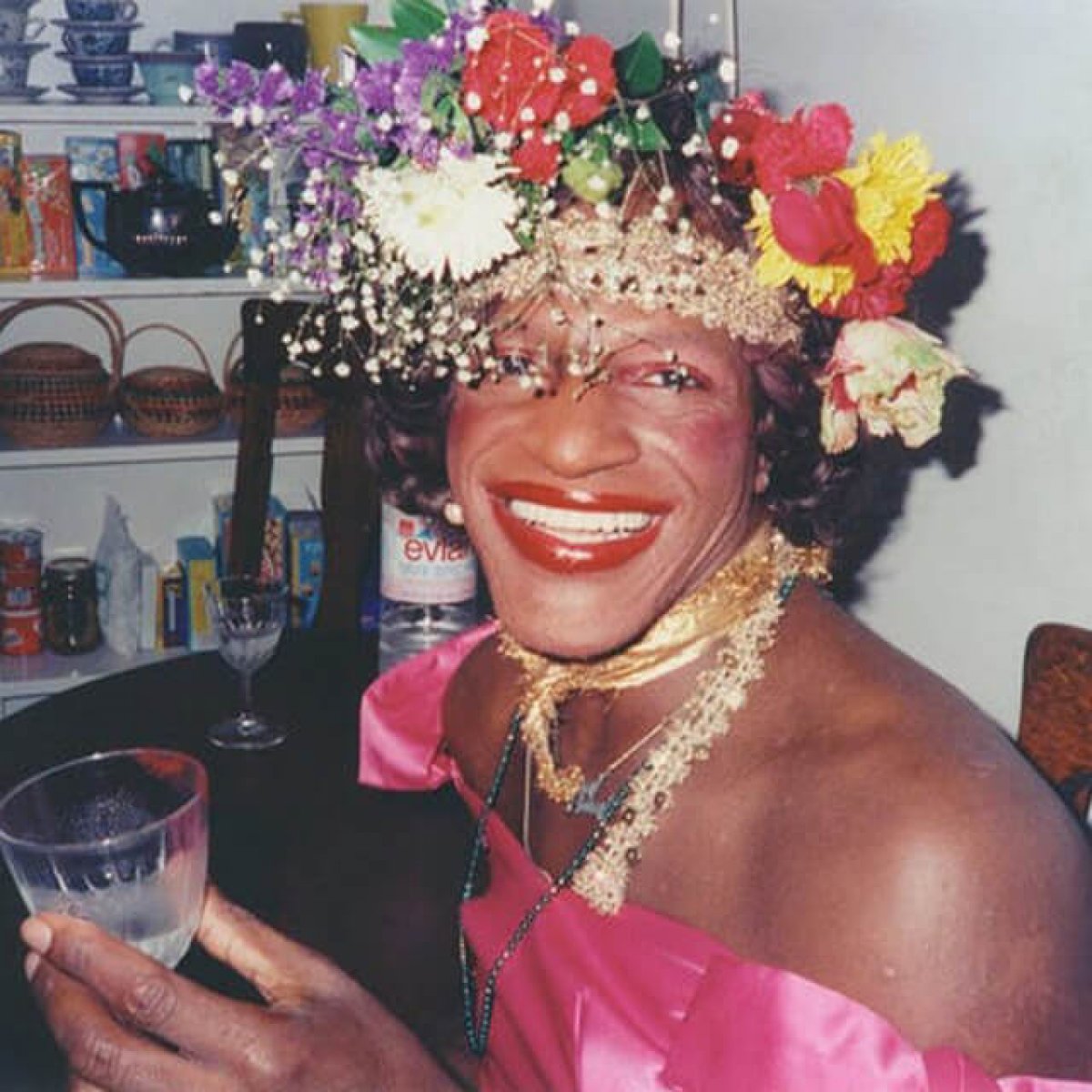 In 1999, the month of June was officially declared Pride Month by President Bill Clinton. Today, Pride Month is recognized as a time for members of the LGBTQIA+ community to celebrate their sexualities and identities, promote visibility, and rally for equality. But what many people don’t know is that Pride started decades before — and the first one was much more than a parade. This year, more than ever before, it is imperative that we acknowledge and remember those who were at the forefront of the movement: Black queer activists like Marsha P. Johnson. Read on to learn more about how this unsung heroine’s actions may have sparked the historic 1969 Stonewall Riots.

While she usually referred to herself as “nobody, from Nowheresville,” Marsha P. Johnson was far from that. Her story starts in Elizabeth New Jersey, where she was born on August 24th, 1945. The child of a General Motors assembly line worker and a housekeeper, Marsha grew up in a devoutly Catholic environment with 6 siblings. She began expressing herself by wearing dresses at a young age, but faced pushback from both her family and her peers.

Marsha moved from New Jersey to New York in 1963. There, she found a community of gay and transgender peers, and soon she was able to come out herself. “It was that year — 1969 — when I finally went out in the street in drag full-time,” Marsha told the Village Voice in a 1979 interview, “I just said, ‘I don’t give a shit,’ and I’ve been in drag most of the time since.” That year was also when she adopted the moniker of Marsha P. Johnson: the P, she said, stood for “pay it no mind,” her usual response when asked about her gender identity. According to her peers, Johnson identified as a “transvestite,” gay, and a drag queen, and used she/her pronouns.

Marsha soon became a prominent figure in the New York gay community and a well-known drag performer as a member of the drag troupe Hot Peaches. To support herself, she bussed tables and performed sex work.

In the early morning hours of June 28th 1969, police raided The Stonewall Inn, a popular gay bar in Greenwich Village. This was a common practice — laws in New York criminalized not only sexual acts between people of the same sex, but also same-sex dancing and “masquerading” as another sex. This led to the arrest and persecution of drag queens, transgender men and women, gay men, and lesbian women alike. Additionally,  homosexuality was classified by psychologists as a mental disorder during this time.

While accounts differ, many say that during the raid on Stonewall, Marsha, who was fed up with the police’s treatment of her community, threw a drinking glass into a mirror that hung on the wall of the bar. Fellow patrons followed suit, resisting arrest and fighting back against police. This radical act of resistance became known as the Stonewall Uprising, which is now considered to be the catalyst of the gay liberation movement and the fight for LGBTQIA+ rights in the United States. As journalist Andrew Kopkind wrote in 1979, “There were millions of homosexuals before Stonewall, of course, but there was no coherent, self-aware gay community.” In fact, the very first Gay Pride Parade kicked off in front of the Stonewall Inn on the first anniversary of the riots, with Marsha marching alongside her community.

In addition to her participation in the Stonewall Uprising, Marsha continued her activism work by joining the Gay Liberation Front. She co-founded the advocacy group S.T.A.R. (Street Transvestite Action Revolutionaries) with close friend and fellow activist Sylvia Rivera. Together, they fought for the rights of LGBTQIA+ youth, particularly homeless transgender youth. Later they opened the S.T.A.R. House, a shelter for gay and transgender kids living on the streets. Marsha also organized for ACT UP, a grassroots organization that fought the AIDS Pandemic. She continued to be a visible figure at Pride marches and rallies for the rest of her life, and ultimately became a voice of the movement, with her eponymous quotes like “Darling, I want my gay rights now!” morphing into catchphrases at demonstrations.

Despite her fame and reverence in the gay community, Marsha struggled with poverty for most of her life and often lived on the streets. As Steve Watson wrote for the Village Voice in 1979, “Andy Warhol silkscreens of Marsha sell for $1400 while Marsha walks the sidewalk outside, broke.” In 1992, shortly after a Pride parade, Johnson’s body was found in the Hudson River. Though police ruled her death a suicide, her close friends and community insisted that was not the case. Activists in recent years have fought to have the case of her death reopened by police.

It’s hard to overstate Marsha P. Johnson’s impact on gay rights and gay liberation. Not only was she an integral part of the Stonewall Uprising, but her subsequent activism impacted the lives of countless vulnerable gay and transgender youth in New York City. Even after her life tragically ended, her legacy has endured as someone who made a difference despite the hurdles society placed in her way; she was a poor, black, transgender woman who changed history.

So this Pride month, remember Marsha P. Johnson and honor her legacy by uplifting the most vulnerable members of the LBGTQIA+ community. Read more about the Stonewall Uprising, learn about the impact that the most marginalized people have had on the gay rights movement, and show your appreciation for black transgender women by donating to an organization that supports and uplifts them. After all, we have them to thank for Pride as we know it today.

Information for this story was found on CNN, Inside Edition, The Village Voice, The History Channel, Back2Stonewall, The Human Rights Campaign, and The National Center for Transgender Equality.