Mexico’s Most Glamorous Destination is a Must-See 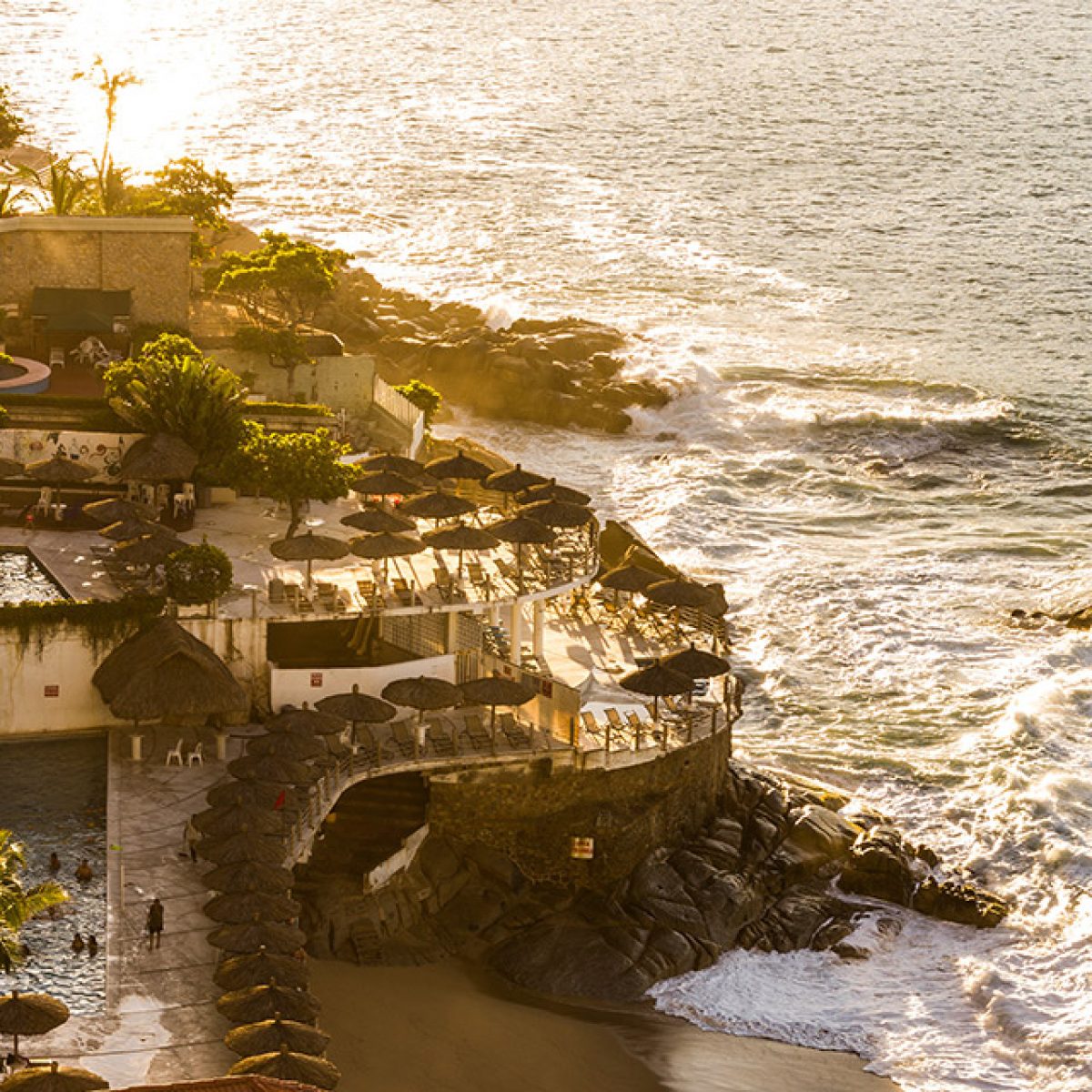 By the time the 1963 Elvis Presley film “Fun in Acapulco” hit cinemas, the Mexican destination had already gained prestige as a paradise favored by stars like Elizabeth Taylor, John F. Kennedy, and Frank Sinatra. Half a dozen decades later, the town can still feel like a relic of the good old days—you can almost hear bossa nova tunes emanating from the streets themselves. At first glance, Acapulco may feel like a practice in time travel, but as you weave through the streets, past fishing boats and Jetsons-style bungalows leftover from the 60s, you are bound to see some contemporary-cool gems.

If you haven’t heard much about this vacation spot, it’s probably because it doesn’t usually top the list of influencer-inundated beach towns. But it’s not to be overlooked — Acapulco is wondrous, and much more affordable than other destinations like Tulum.

Inspired by the analog photos of starlets sunning themselves on the city’s best terraces, it only felt right to tell the story of Acapulco’s second act through the lens of a film camera. Keep scrolling for our guide to Mexico’s hottest new (and old) hide-out.

Hotel Boca Chica
If one could suggest the most millennial-worthy stay in the city, it would have to be Hotel Boca Chica. Owned by the stylish Grupo HABITA, the accommodations retain that 50s glamour with a few modern updates. Sun by their gorgeous pool or hide-out in the newly-renovated spa.

Las Brisas Acapulco
If this spot was good enough for all seven of Liz Taylor’s honeymoons, it’s good enough for you. Full of retro design charms—think pink accents everywhere you look—Las Brisas is a true landmark. Expect cocktails upon arrival and a joyride in the rose-hued jeep to your room. And don’t miss a day catching rays at the super-chic beach club.

Encanto Acapulco
If you’re an architecture enthusiast you should book a stay at the Encanto Acapulco. Brought to life by renowned Mexican architect, Miguel Angel Aragonés, Encanto is an oasis for all the senses. With stark white hallways jutting out into the skyline and trompe l’oeil details, this hotel is nothing if not Instagrammable. But as the cherry on top, the beds are luxurious and the rooms welcoming.

“You can almost hear bossa nova tunes emanating from the streets.”

Local Favorites
For authentic eats, find your way to the Mercado Central, Acapulco’s largest and oldest marketplace. You’re sure to find delicious elote (Mexican corn on the cob) and some seriously-memorable tacos.

Brunch Vibes
For a poolside brunch head to Encanto Alcapulco’s breakfast terrace. A contemporary take on chilaquiles and a fresh green juice will fill you up!

Seafood Done Right
It may feel counterintuitive to seek out Italian food while in Mexico, but Becco Al Mare knows a thing or two about seafood pasta. Experience a memorable meal with a jaw-dropping view of the water.

Enjoy the Street Art
Acapulco locals are proud to show off their Diego Rivera mural. This vibrant mosaic by one of Mexico’s most iconic artists spans the parameter of a private home. The story goes that as a thank you for allowing him to stay, Rivera covered the facade of the home with ancient references of mythological Mayan creatures known to coax rainfall and bring good luck.

See the Sea
Rent a boat in the harbor and head out on the water for a hibiscus-hued sunrise. Once the sun hits the deck, shed your sundress and dive into the deep end!

Extreme Entertainment
One of the most quintessential Acapulco experiences is watching local men called La Quebrada Cliff Divers scale the rocky cliffs along the bay and swan dive over 134 feet into the foamy depths. It’s truly breathtaking, and a little heart-stopping.