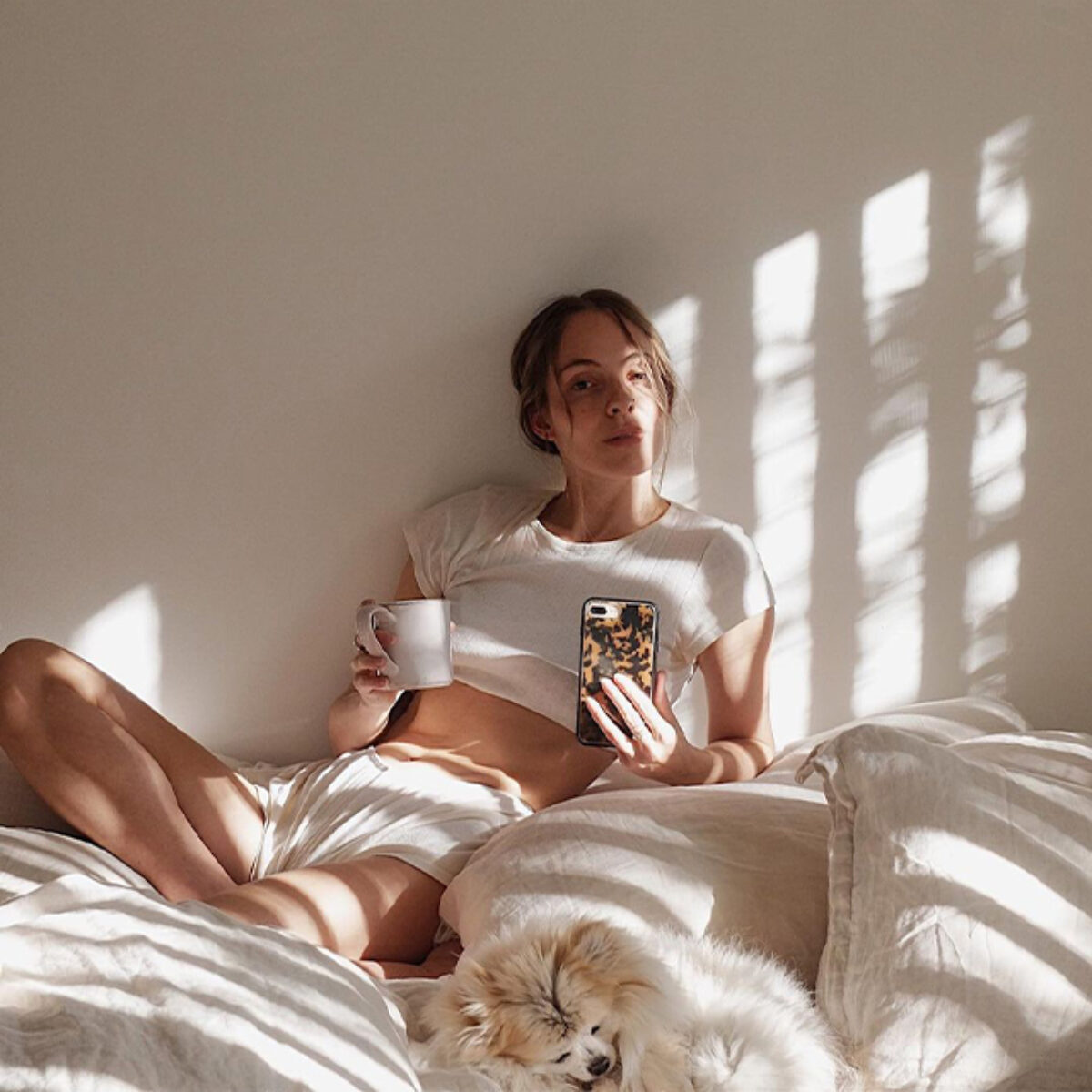 I arrived on TikTok the way I assume most 30 year old’s do — fueled by curiosity, mild boredom, and somewhat on accident. My nightly routine became an oddly pacifying combo of toggling between TikTok cleaning experts and ASMR videos while a Netflix murder documentary played on low in the background. It was the perfect cocktail of millennial self-soothing.

At first, I started watching TikToks about pantry hacks and fridge organization, spurred by the internal and cyclical urge to spring clean. A few online orders later, every cabinet in my home was like a tiny altar to our savior Marie Kondo. Then I found Cottage Core. If you are not familiar: there are people living like woodland nymphs tending to their beehives while clad in self-sewn prairie frocks, all packaged nicely in a dreamlike filter. I made a note-to-self that if we don’t get out of quarantine in the next 6 months, counter-urbanization could be a strong contender as a lifestyle pivot. Soon, I was trying my hand at the viral feta pasta — and all the other viral feta dishes — until of course there was a feta shortage in Los Angeles and I had to find another fromage of choice. The more I searched on the app, the faster the algorithm fairies worked to curate the perfect For You Page, just for me.

You could call it divine timing, but around this same period a City Target opened just two blocks from me. I found myself ending up there more and more during my daily hot girl walk (a Gen-Z coined term for when you don a joy-inducing outfit and take a walk, while affirming, contemplating, manifesting). First, I just needed to see if Cerave was really better than my (much pricier) green beauty routine. Turns out the teens of TikTok knew a thing or two. A few days later, I found myself back in the beauty department seeking the perfect shade of blue nail polish, although I am a creature of neutrals.

It went on like this: a tancho stick to tame fly-aways that worked wonders but smelled like someone’s very chic grannie. Pastel-hued workout bands to upgrade my squat game. Chlorophyll to add to my water so I absorb all my good nutrients (backed by no science at all, but many very cute girls on the app). A workout set that felt more like a straight jacket that I would inevitably need to show off my bum after the aforementioned band squats. I even strapped on a mask to brave Erewhon at rush hour and pay $14 just to get what @itsmetinx called the best smoothie ever. The list went on.

“TikTok was the perfect accomplice in my grasping for dominance over my own reality.”

Here I was, getting little hits of serotonin from things that my pre-pandemic self would have qualified as basic, overrated, or part of the plight of consumerism. It was all very subliminal.  But it’s here that I stumbled on a paradox. While going absolutely nowhere outside the previously established City Target, I was fussing over my exercise, beauty, and skincare routines much more than I ever had.

It dawned on me that in my malleable mid-pandemic emotional state I had succumbed to the promise of the “Glow-up.” This materialism-masked-as-self-care concept is not new; it’s what literally every ad campaign geared toward women has touted since the beginning of time. But now more than ever we are the perfect targets. We are cerebrally weary and a little fragile, so the idea that with just a few tweaks we could each emerge from isolation better than we were before doesn’t sound so bad. We’re hoping to come back better-read versions of ourselves, with tauter bodies and silkier hair. But I was finding myself grappling with how I was using it all to somehow lessen the impact of a very big re-emergence.

At the very least, I was seeking control when it felt like anything we once knew to be true had been turned upside down. At most, after months of only really being perceived by my mailman and COVID pod, I was harvesting all my best traits as insurance. For me, TikTok was the perfect accomplice in my grasping for dominance over my own reality. It was my promise that once I was fully vaccinated, I could re-enter the world better than I was before. Because to some degree just staying alive wasn’t enough — it had to have been “worth it.”

Aesthetics So, Can We Talk About Bad Lip Injections?

Sexual Health Is Chakra-Balancing The Spiritual Key to Better Sex?